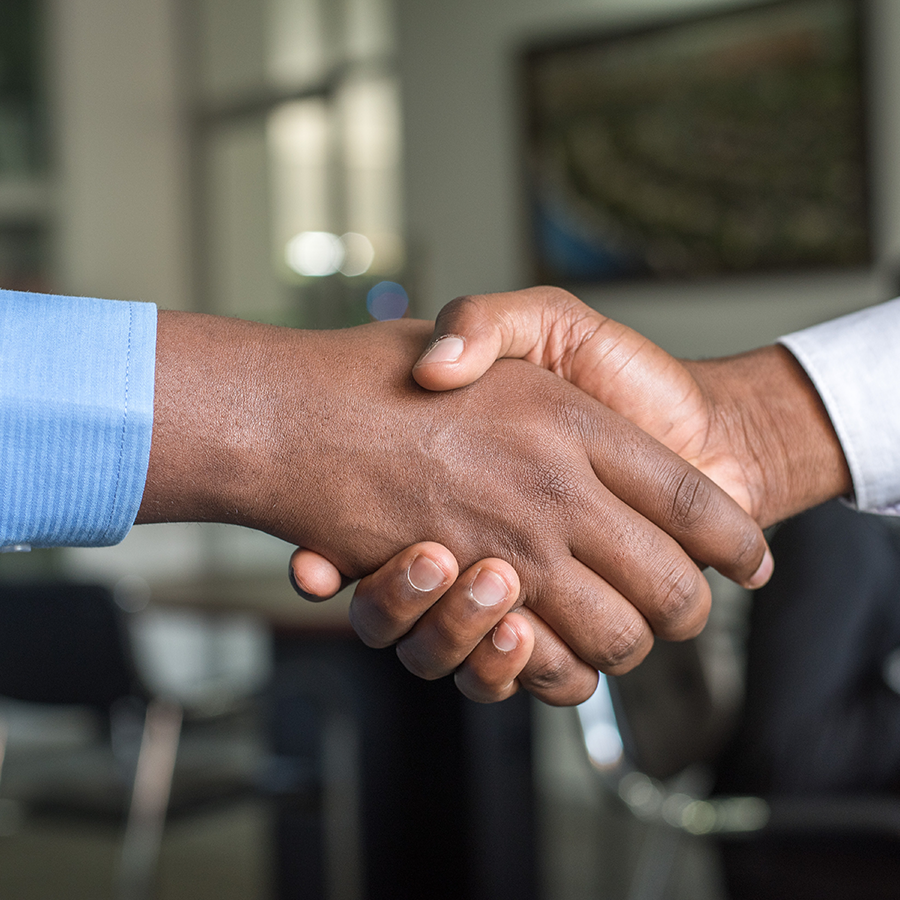 Difficult Conversations: Growing Relationships in the Midst of Disagreement

When I was at Chick-fil-A, we had a lot of intelligent, passionate, articulate people who didn’t always see things the same way. And that’s certainly not uncommon at any organization. It’s an asset to have a lot of diverse viewpoints around the table because it helps us get to the best idea! However, in order to get to that best idea, we must first learn how to navigate a hallmark of many difficult conversations: disagreement.

In the early days at Chick-fil-A when our team members would begin to discuss a needed decision, it was often initially viewed as black or white — you’re either on one side or the other. This common thinking makes it nearly impossible to agree on important issues and even creates division. What we came to realize was that decisions are seldom black and white, and just because you don’t agree with a decision, doesn’t mean you can’t support it.

Once we came to this realization, we created a system for coming to agreement on important issues. After some healthy debate, we would put a proposed outcome on ‘the table’ then every team member would share one of four things:

Option 1: I agree and support this decision.

Option 2: I disagree and can’t support this decision.

Option 3: I disagree, but I can support the decision.

Adding that third and fourth option of “I disagree, but I can support it” OR “ I disagree but could support with some change” helped us solve 80-90% of previously unresolvable issues because it gave people a way to disagree in a respectful way.

What was truly amazing was seeing the positive impact that this had on our team and our leaders. When someone stated that they disagreed but were still willing to support the decision, it helped to maintain the relationship instead of severing it due to being on opposing sides. We had seen in the past that when people would disagree, it created a gap that would get larger and larger as we kept fighting for consensus. But with this third and fourth option, you not only increased the likelihood of reaching a decision, but gave team members an opportunity to voice their support of their colleague as an individual (even if they disagreed about the issue at hand).

For some people, disagreements simply become a contest of who is “right” or who “wins” in the end. As leaders, we often need to consider the relationship over the need to “win” or be “right.” When you’re in the middle of a disagreement, it’s easy to get tunnel vision and become focused on getting the outcome you’re passionate about, but it’s important to remember to take a step back and look at the bigger picture. I believe the bigger picture is often relationships in comparison to the smaller picture of winning on the issue. The greatest leaders understand the difference between the two.

Another way to look at it is sometimes you have to lose the battle to win the war. In this situation, the battle is the issue at hand. As a team, it’s important to remember you’re all on the same side when it comes to the war. Don’t lose sight of the real goal.

Side note: if you have a situation where losing the battle will also cost you the war, then that’s when you might have to put your foot down — but those situations are rare.

Many people think that in order to be a successful leader, you must eliminate all the tension that exists within your team. Yet I believe tension is inevitable — and it’s not always a negative thing! If a team is full of people who all think the same or are afraid to disagree, they will not be able to operate at a high level. A team needs people with opposing viewpoints, and an environment of trust in which everyone can voice their ideas and opinions. Otherwise, you might miss out on the best idea in the room.

You may have heard of the concept of Radical Candor. Author Kim Scott defines Radical Candor as caring personally while challenging directly. At its core, Radical Candor is guidance and feedback that’s both kind and clear, specific and sincere. As a leader, I want a team full of smart, passionate people who trust me and their teammates enough to be candid in our group discussions. This will bring tension as people disagree, but with trust and respect, we can manage that tension and use it for good.

Below are a few questions to help you reflect on how your team disagrees: